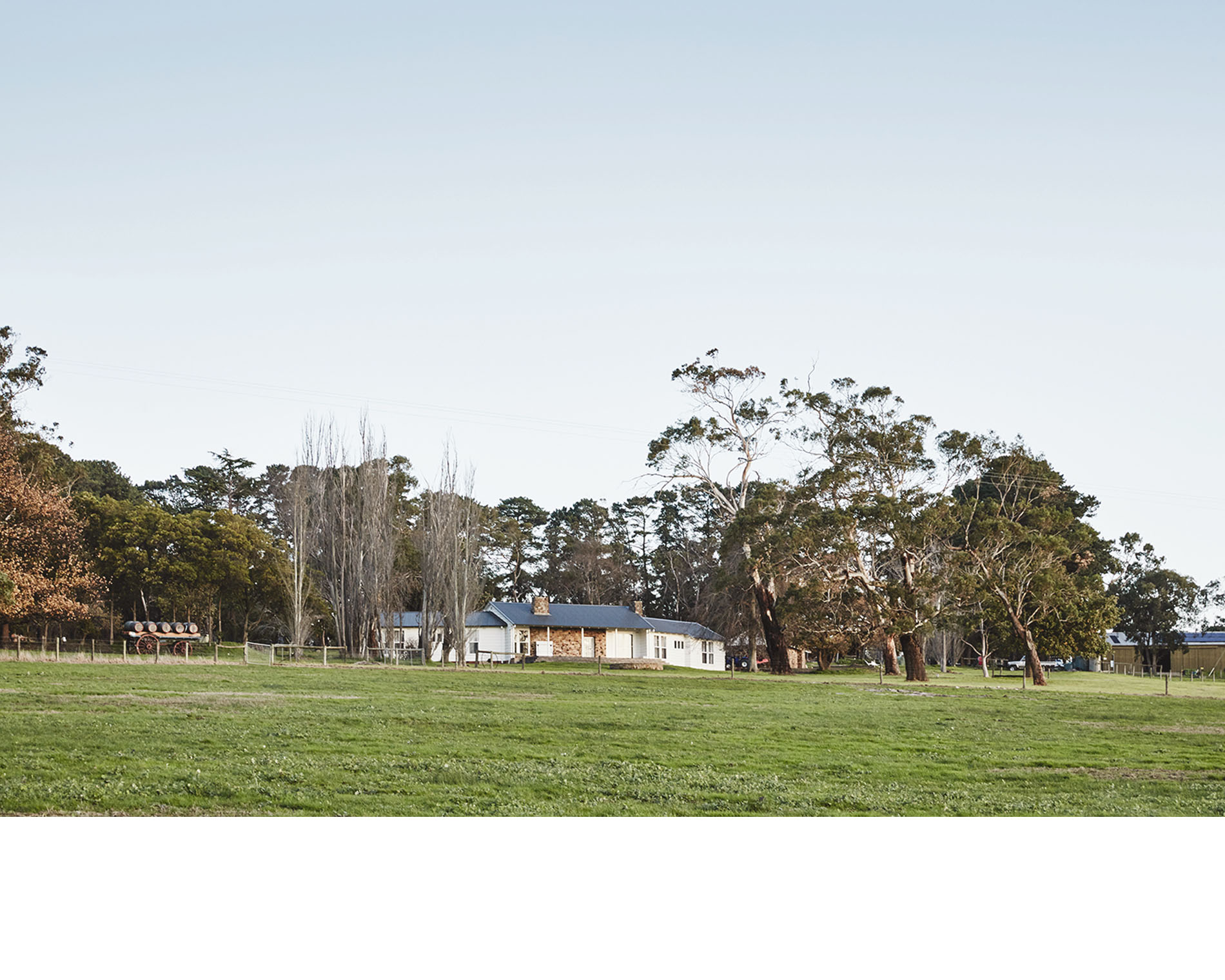 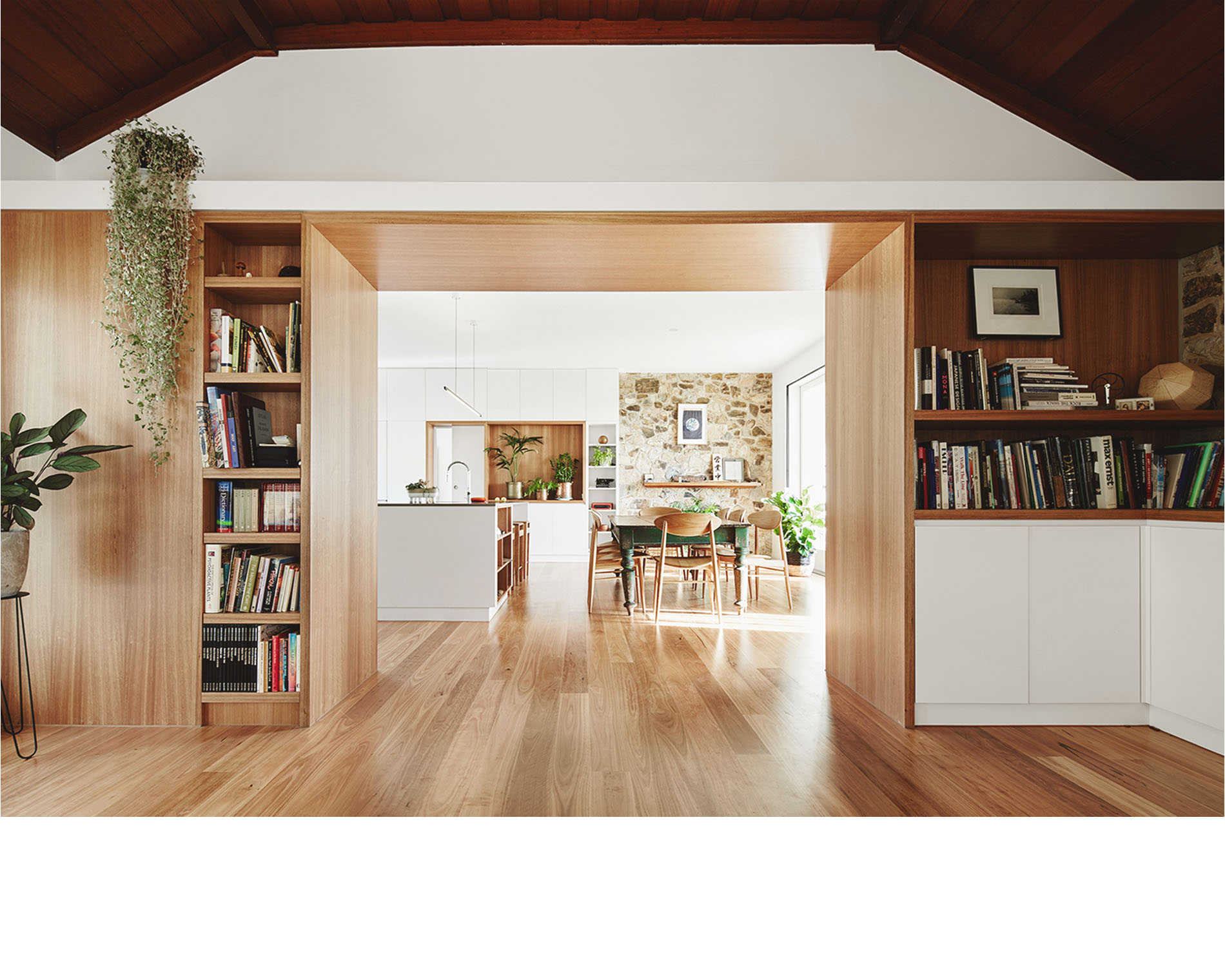 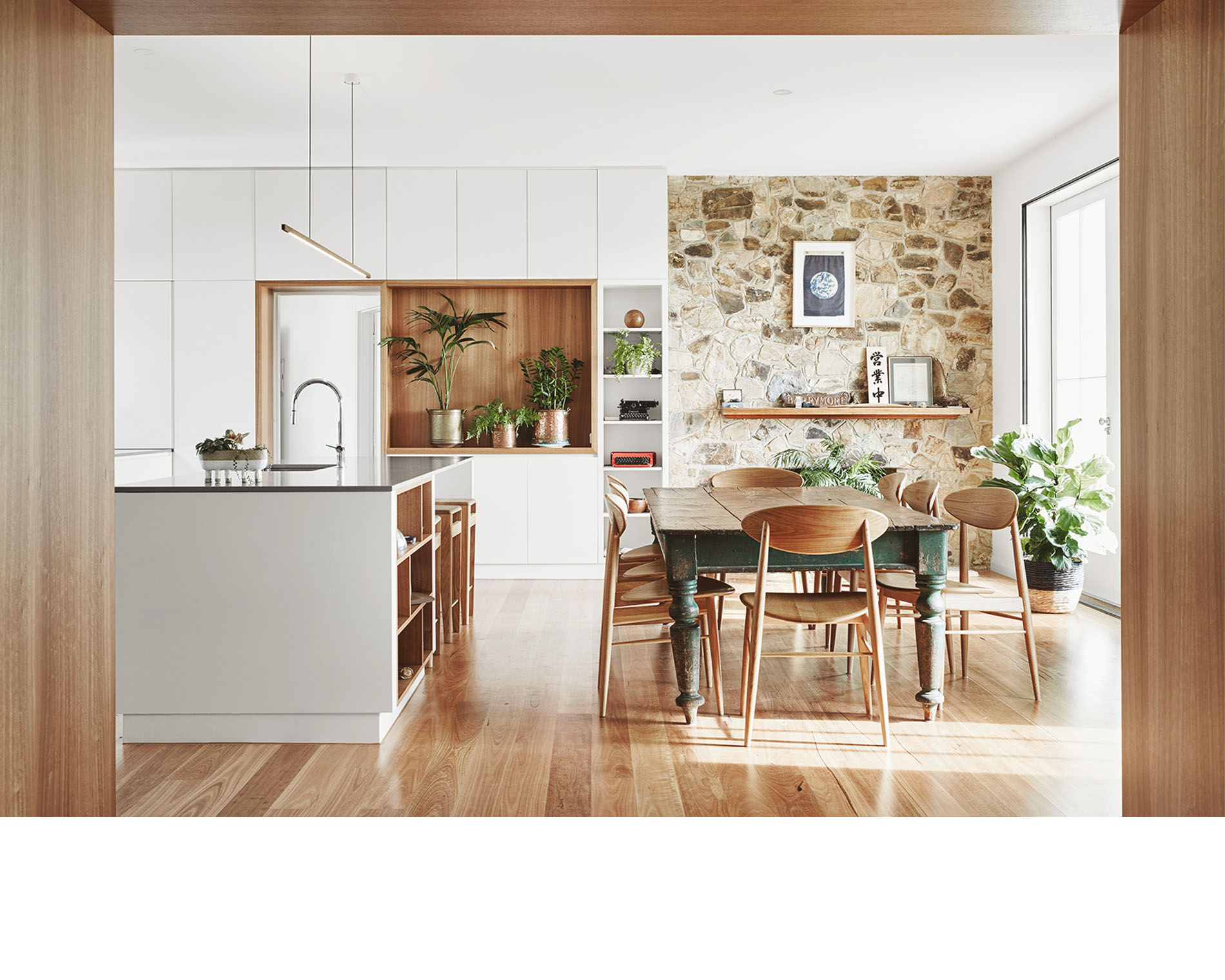 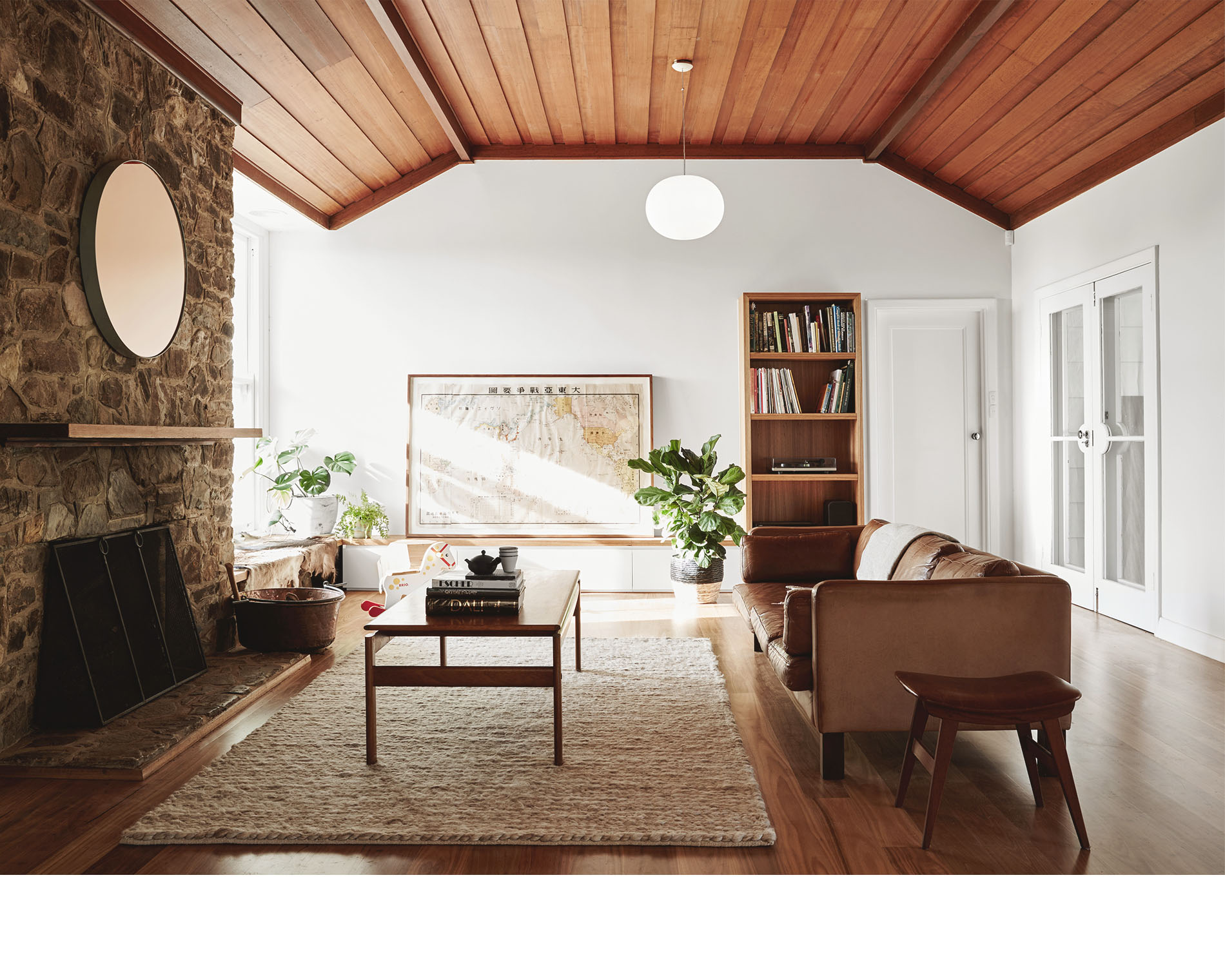 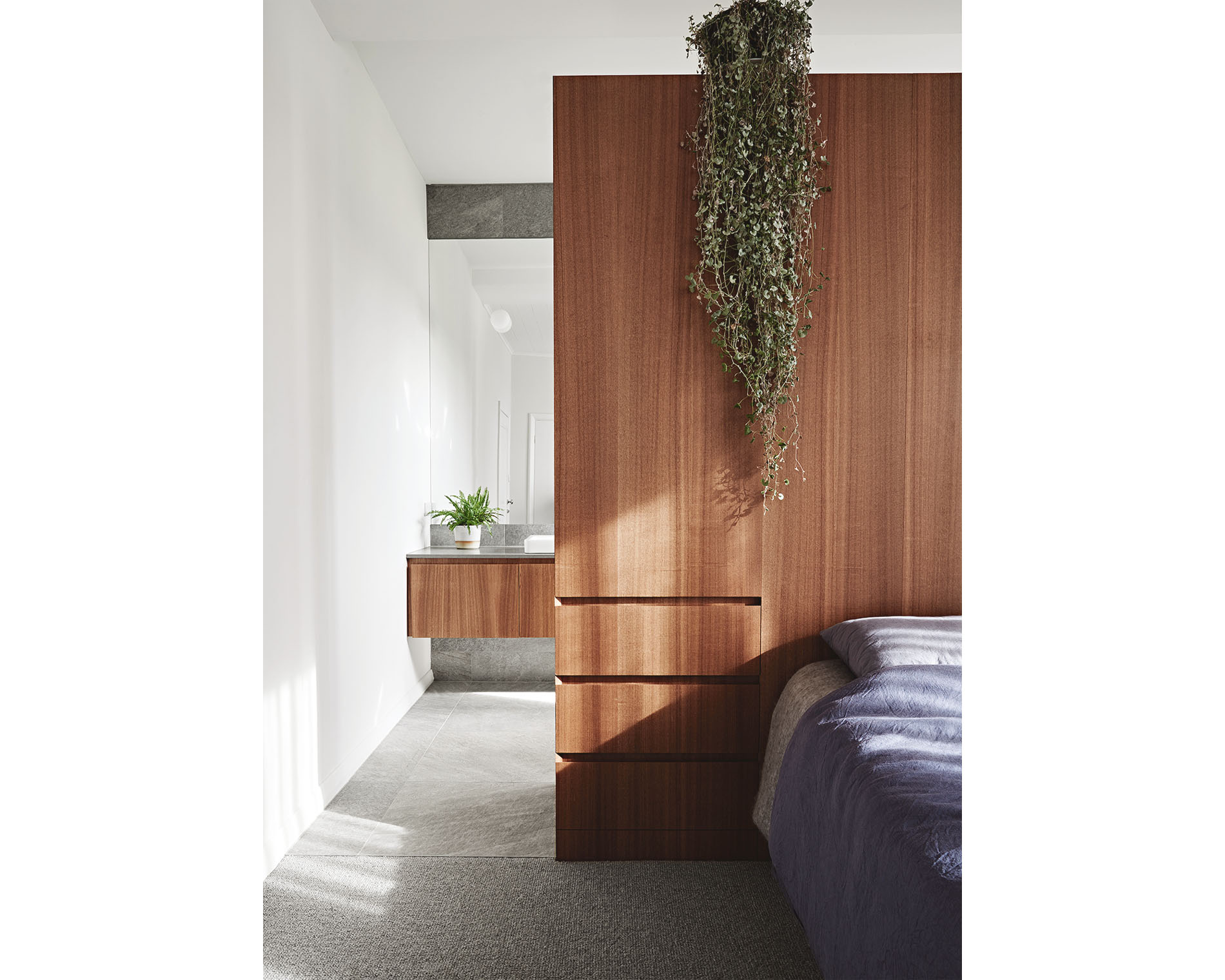 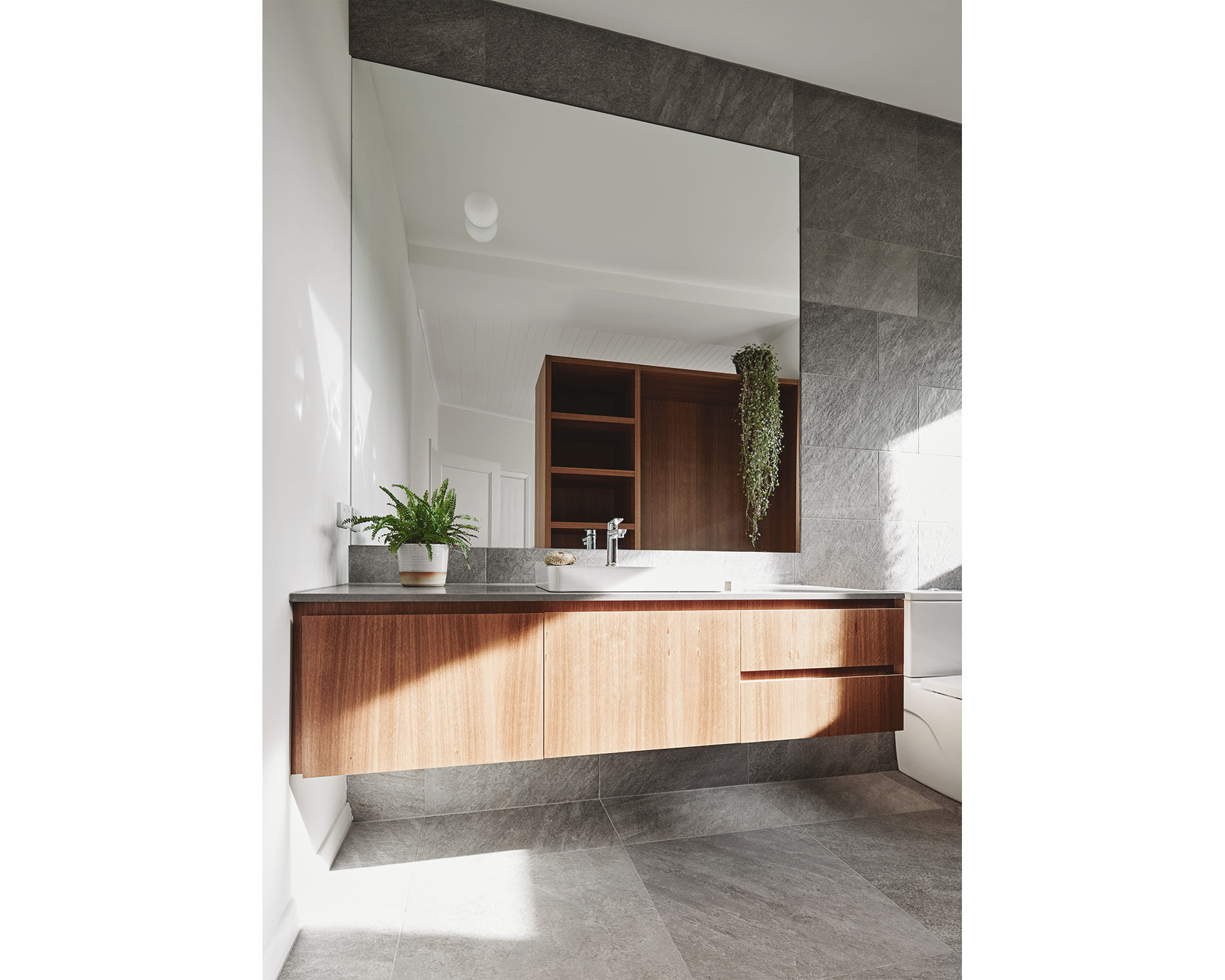 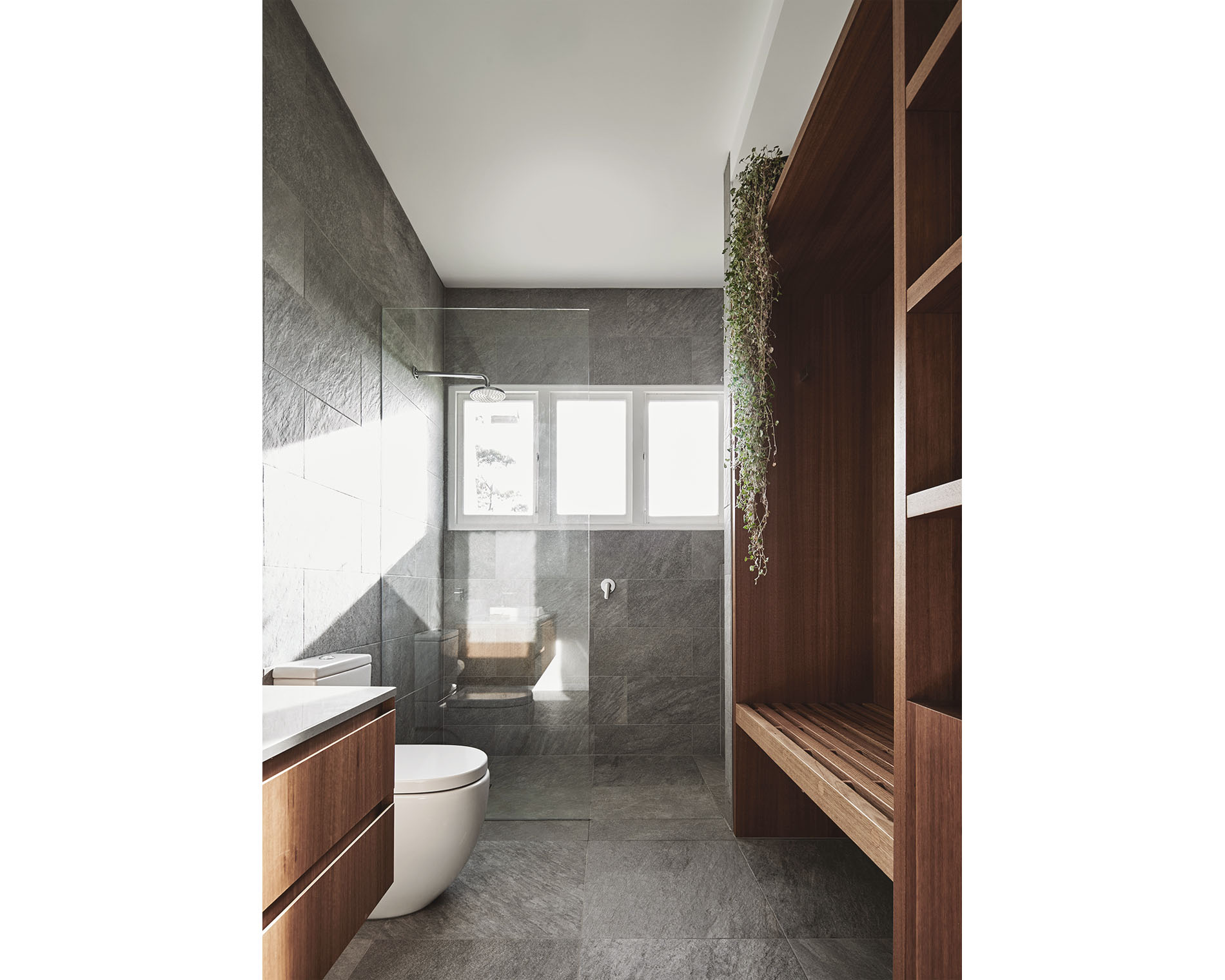 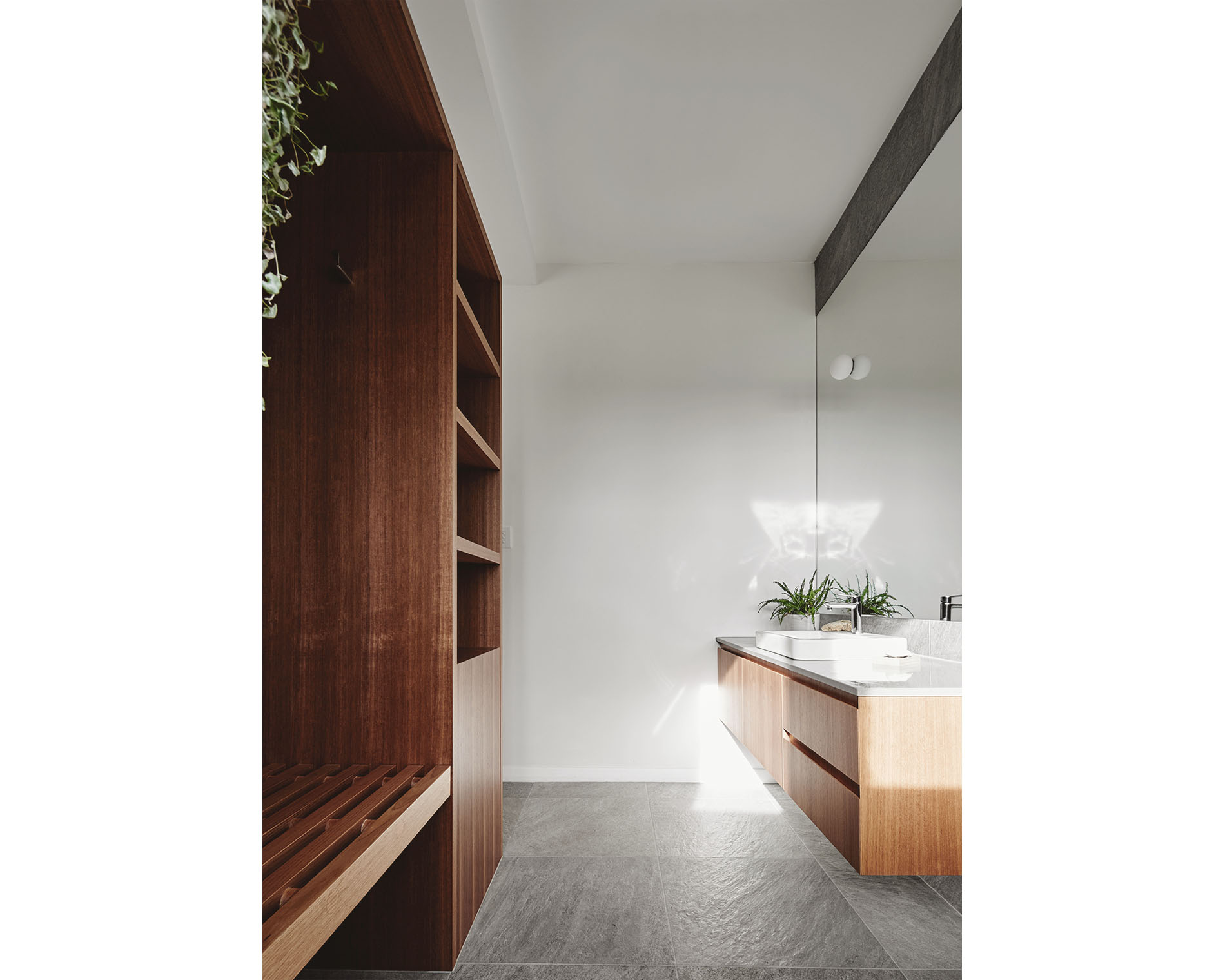 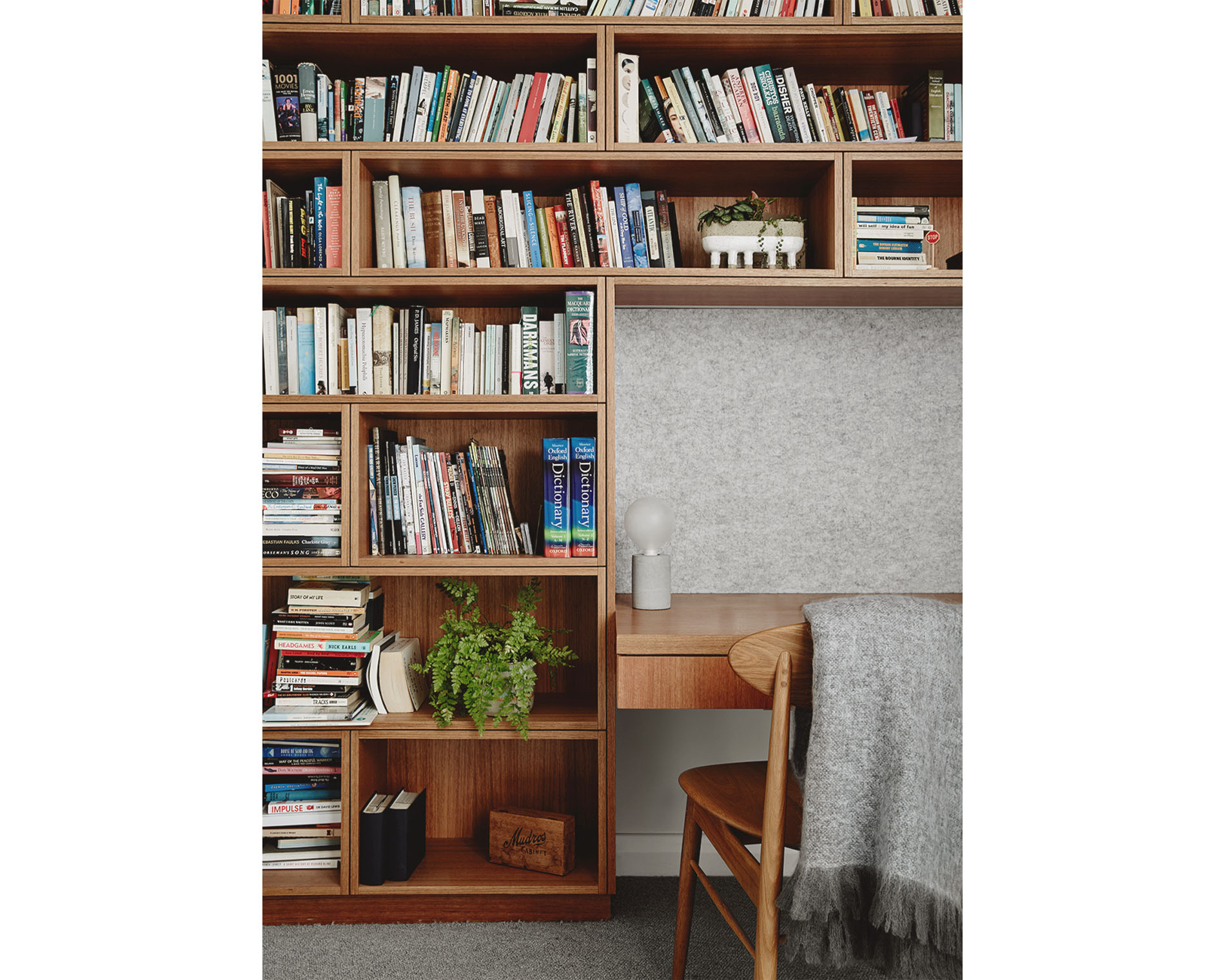 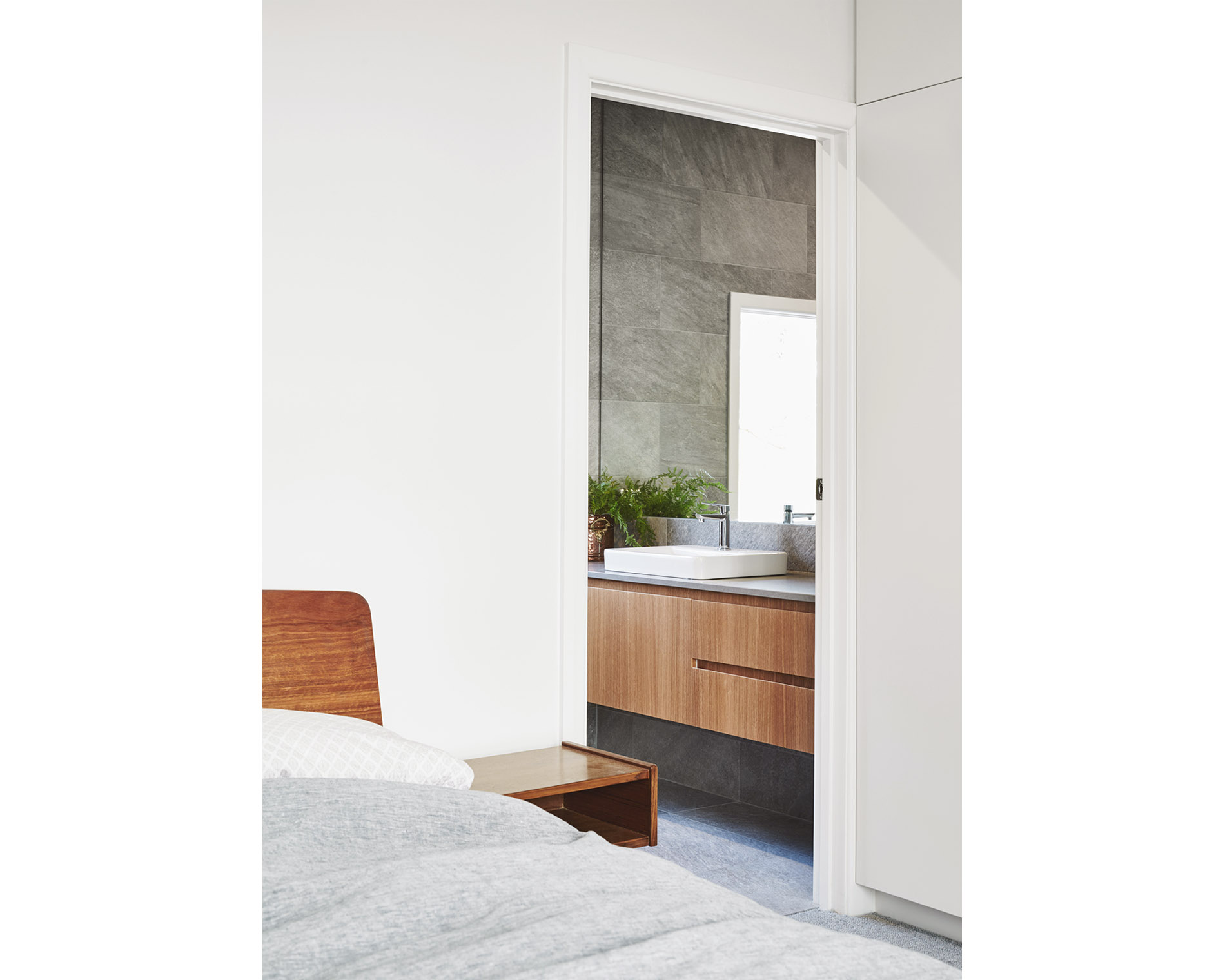 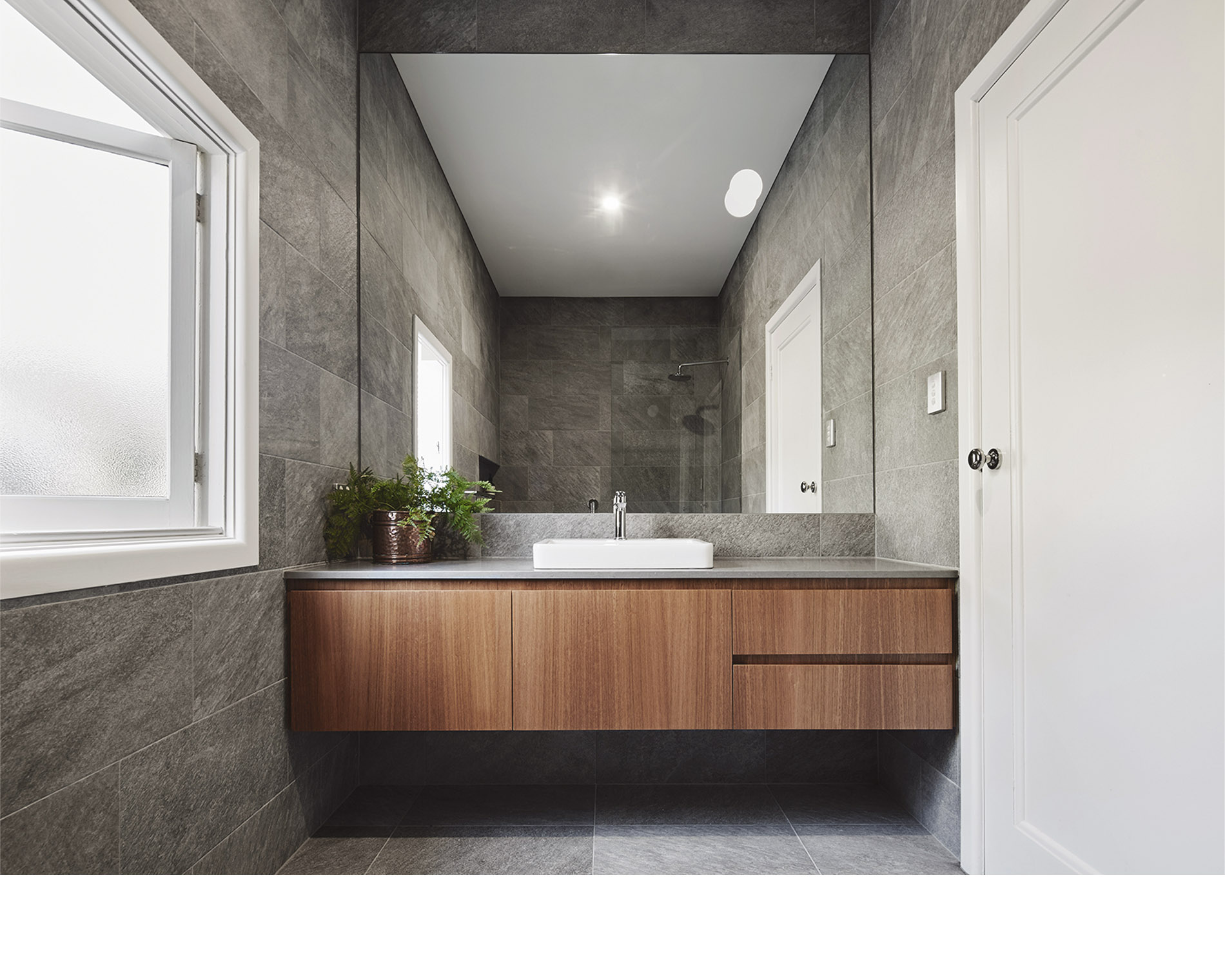 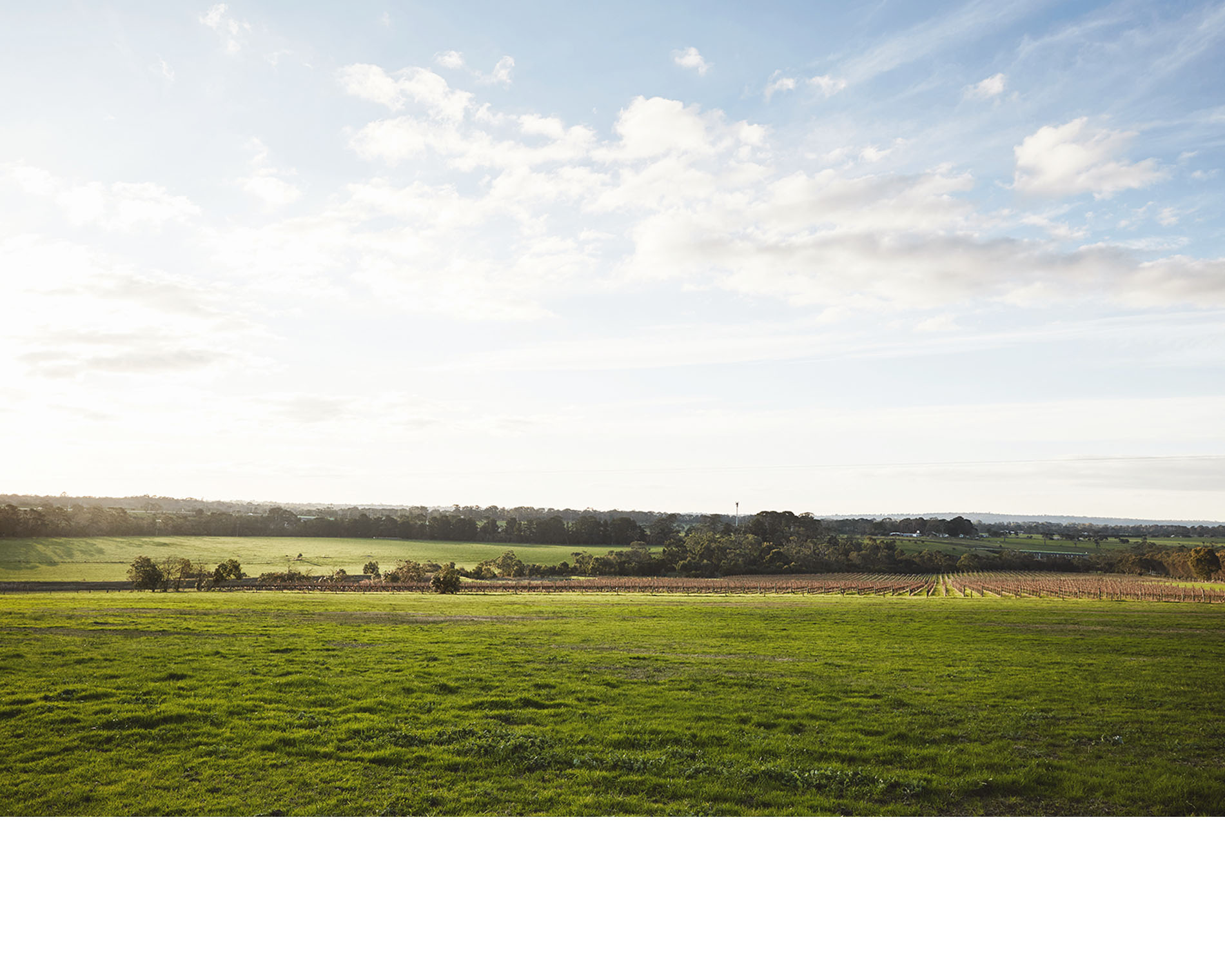 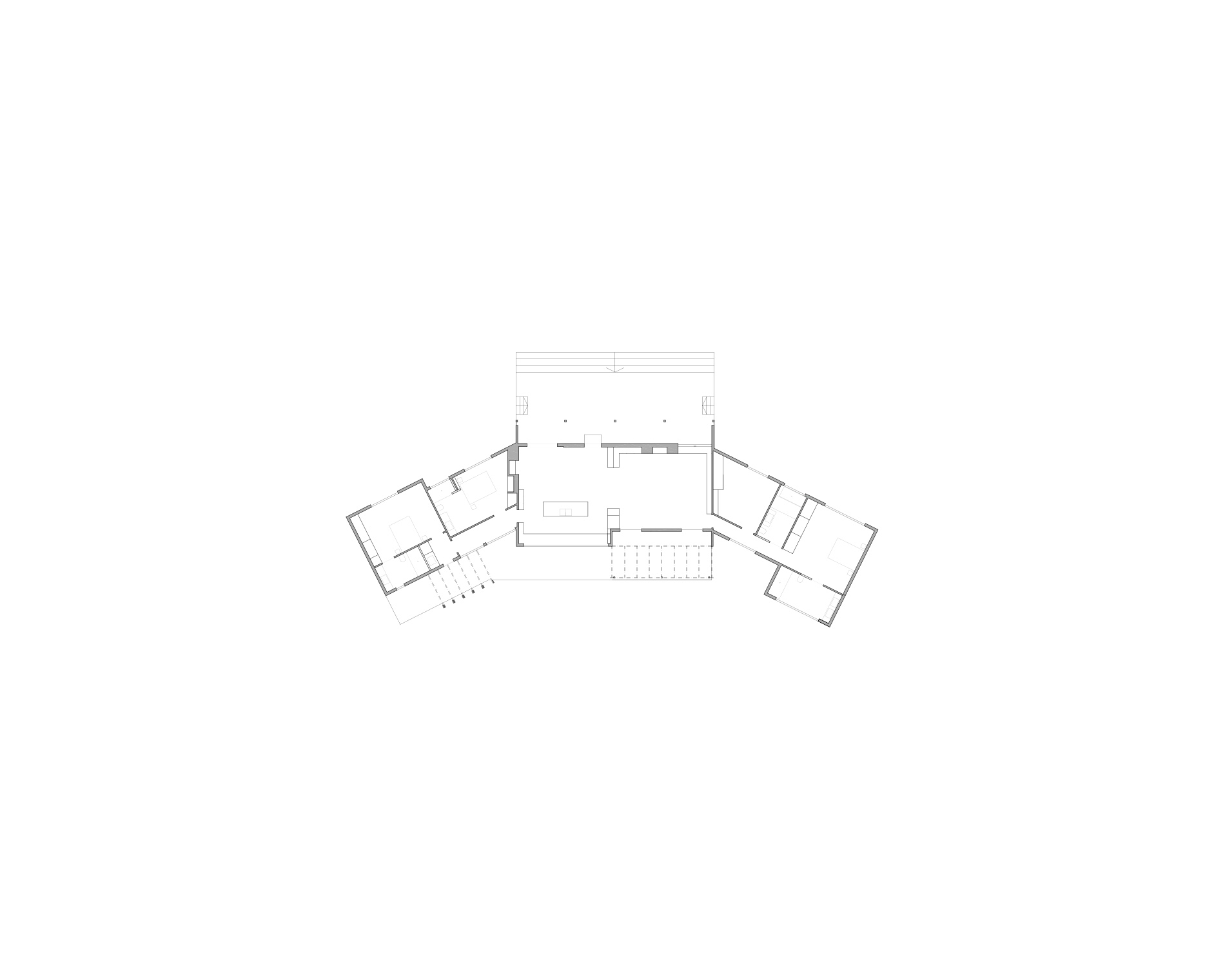 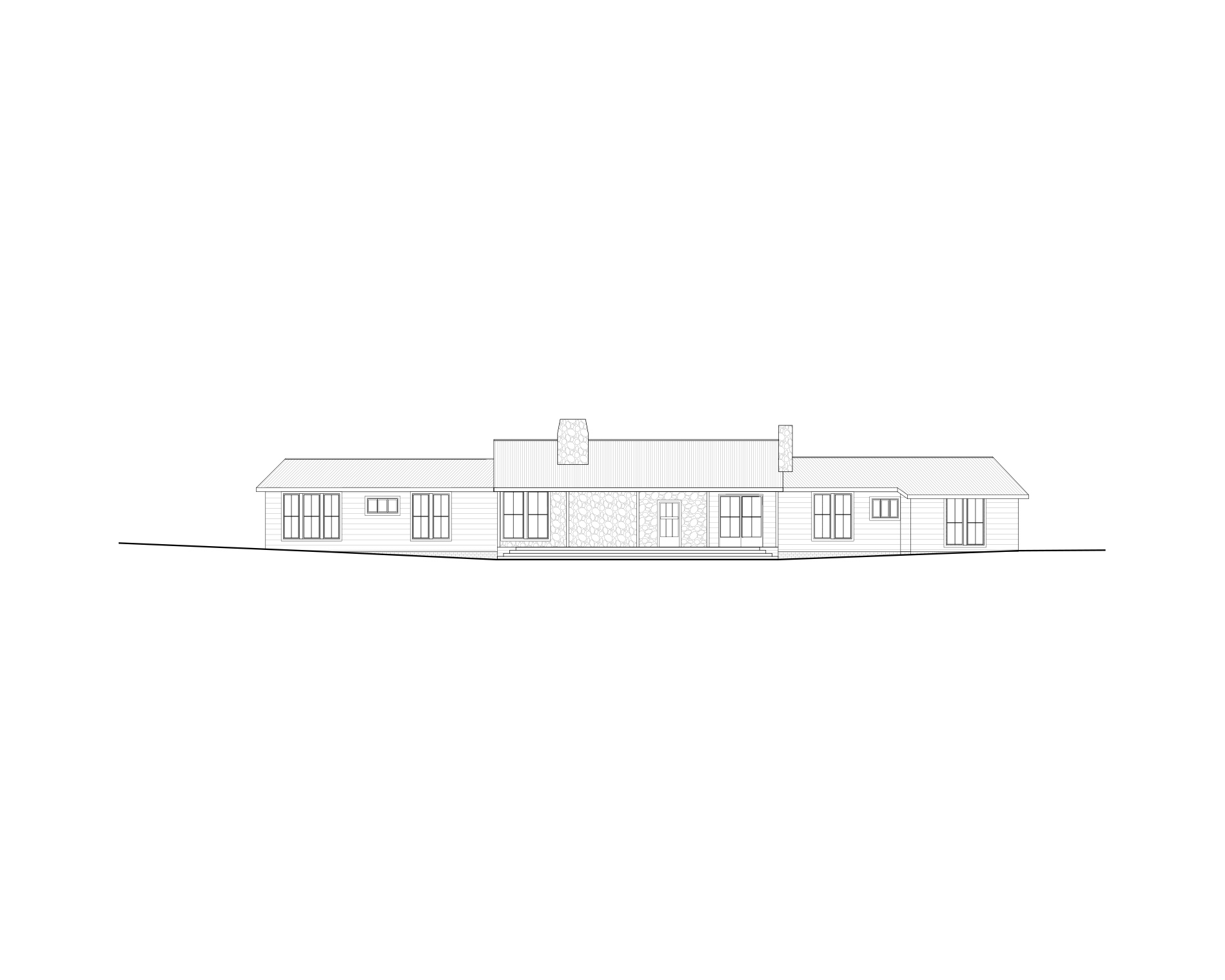 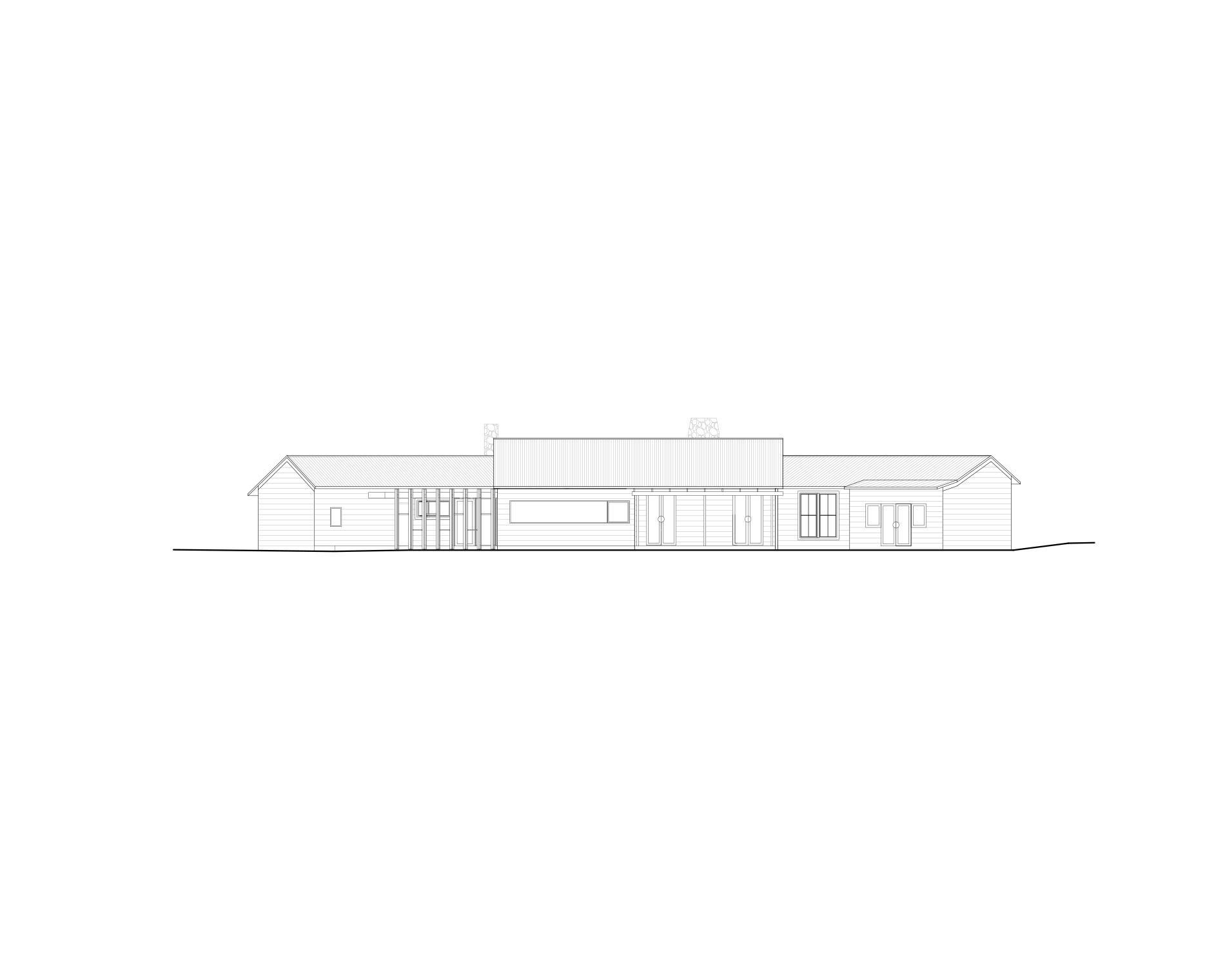 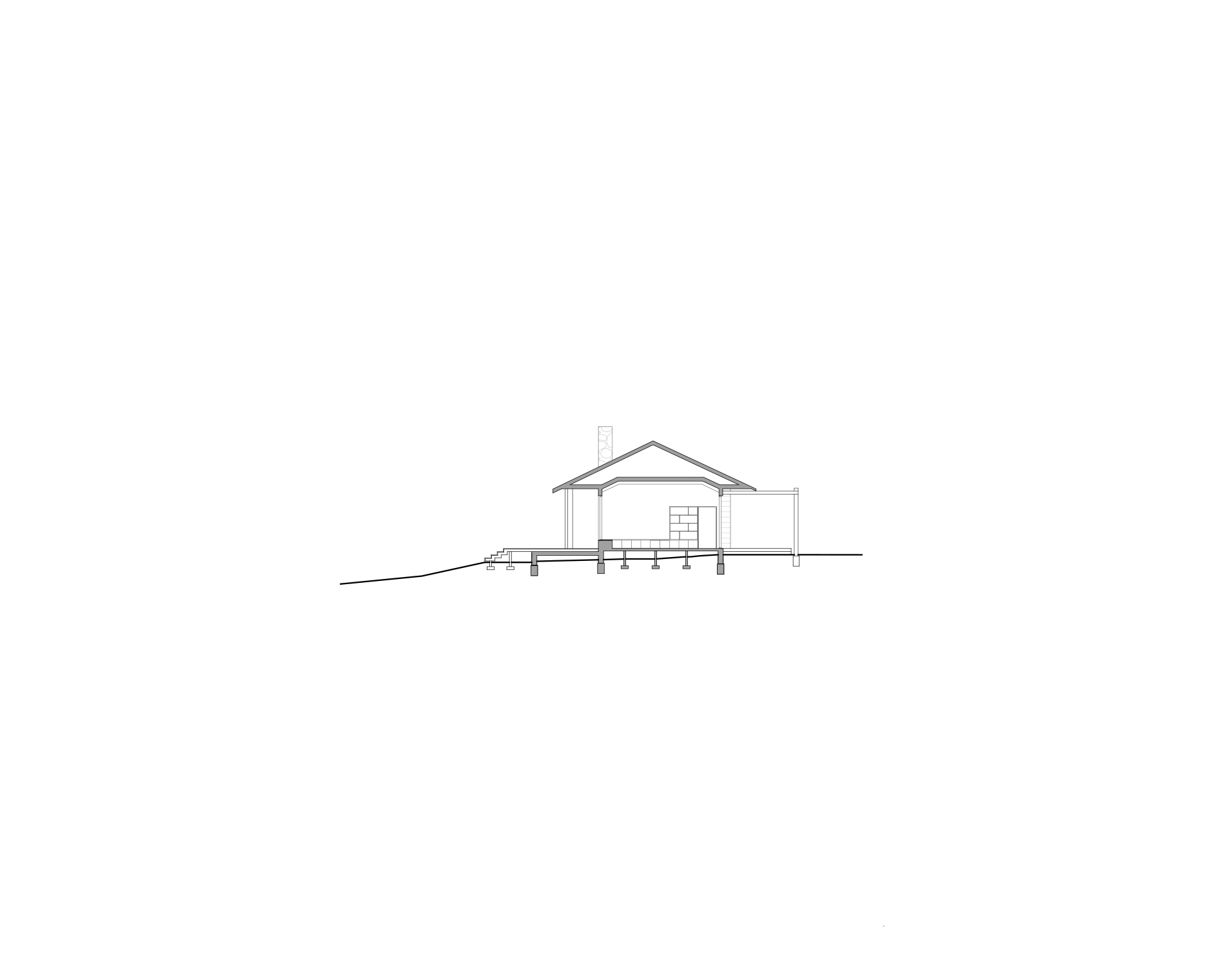 Located in Victoria’s Mornington Peninsula, this interior project to a 1930s weather-board and rock house offers a careful manipulation of dark and light to suit the particular needs of a writer with a predilection for darkness and exploit the site's broad established garden outlook.

The client is a writer who intended to use the farm house as both his primary residence as well as having the flexibility within the design to be able to  rent out the house as a venue for  functions such as weddings, as well as the possibility of renting out sections of the house as holiday accomodation. The design had to be extremely flexible in its nature to accomodate the changing using the client had envisaged. The kitchen has been considered as a domestic kitchen however having the large island bench in the centre of the room which then opens up to the front deck area allows for caterers to use the kitchen when required. Similarly the nature of the ‘wings’ to the dwelling allows the client to rent out sections of the house as they desire. each bedroom also has been designed with its own bathroom to ensure that the rooms can be occupied independently of the main house if required.

Oriented east-west along the contour of a dramatically sloping site, the existing dwelling comprised a highly compartmentalised plan of living, entry, kitchen and study with limited access to northern slope. Long bedroom wings were strung conventionally along narrow hallways and to the west of the main house and a small cottage broke up the mass of the larger dwelling.

Our design resolution involved demolishing partition walls within the existing footprint to expand the kitchen and living areas and reveal the rich material palette of the farmhouse to produce a range of interior qualities, defined by light and dark, broad and intimate scales. The bedroom wings are rationalised to improve amenity and produce a cohesive material palette throughout.

The main focus of the alteration was to acknowledge the rural character of the existing dwelling and its site; the gravitas of its solid rock chimney, the locus of the home and timber ceiling-lining boards. At the same time, the upgrade expands the relationship between the interior and exterior through carefully curated window penetrations and the extension of external decking.

The living rooms is envisaged as a dark, introspective space hunkered at the base of the slope; existing timber lining boards are stained in a rich walnut stain. An existing chamfer at the junction between ceiling and window has been retained and is accentuated by a new timber bench seat, which floats above the floor to enhance the horizontal compression of the space.

The kitchen is envisaged as a bright expansive core to the house, connecting the expansive views down southern slope with views up the northern slope through the provision of a new north facing picture window, which appears to place the slope in juxtaposition with the reductive form of the kitchen island bench. A range of joinery finishes have been adopted throughout the home; white door faces and stone bench tops to the kitchen and bathroom and timber veneer to the bedroom shelving.

Along with offering a cost efficiency, the retention of much of the existing building fabric represents an energy efficiency in terms of minimising embodied material energy. In terms of thermal efficiency, the design adopts four principles; firstly, by removing the lightweight kitchen walls, the large stone fireplace services the entire kitchen and living area; secondly, the addition of a large picture window to the northern kitchen wall imbues the entire kitchen area with northerly light; thirdly, the adoption of double glazing throughout manages heat loss during the winter months and finally, northerly pergolas have been added to manage heat gain during summer.

The design resolution for each of the three en suites was to echo the main design strategy of the project; highlighting the dwelling's idiosyncratic material palette of stone and timber and juxtaposing dark niches with broad, light spaces. Adopting a pared back wall and floor material of bluestone tiles, each en suite has a recessive character - these are clean, rationalised spaces offset by the warmth of their respective bedrooms. In each en suite - bedroom instance, the threshold between bed and bath is pronounced through the adoption of a material change, or appointment of custom joinery. In bedroom 3, the shift from bedroom to en suite is pronounced through joinery unit accommodating shelving for the bedroom on one side and bench seating for the en suite on the reverse.

A moment's pause to reflect, finding beauty in the ordinary.